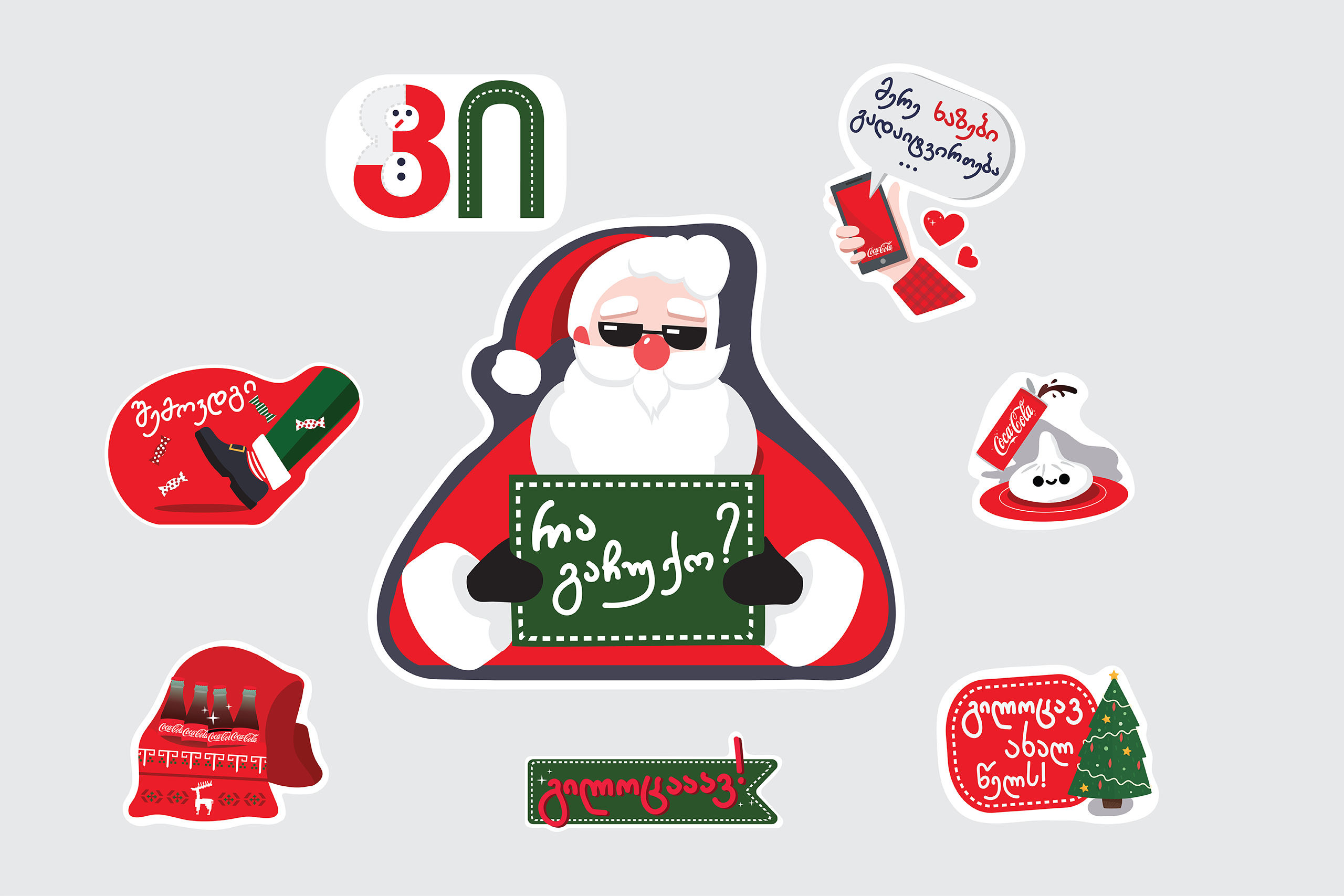 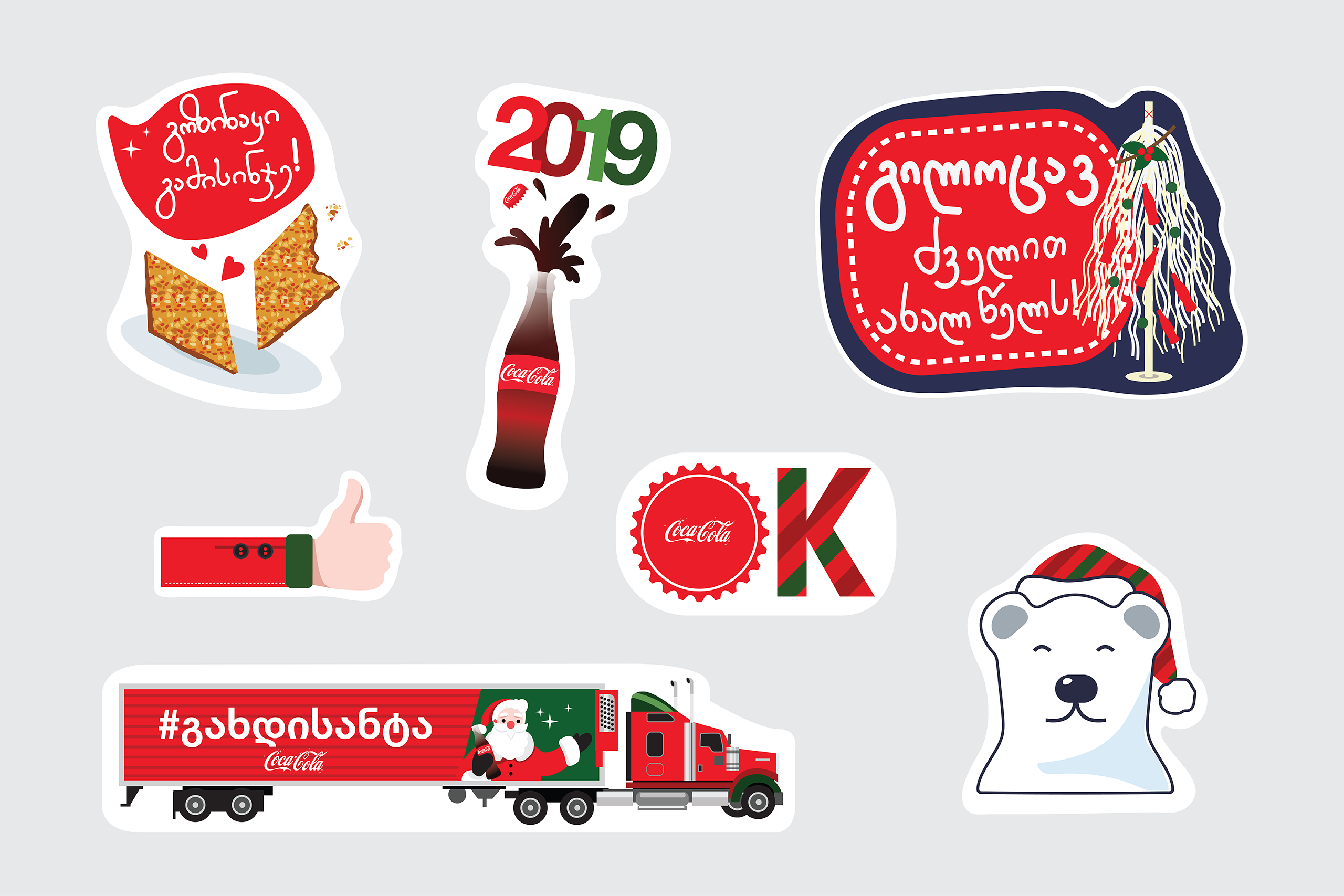 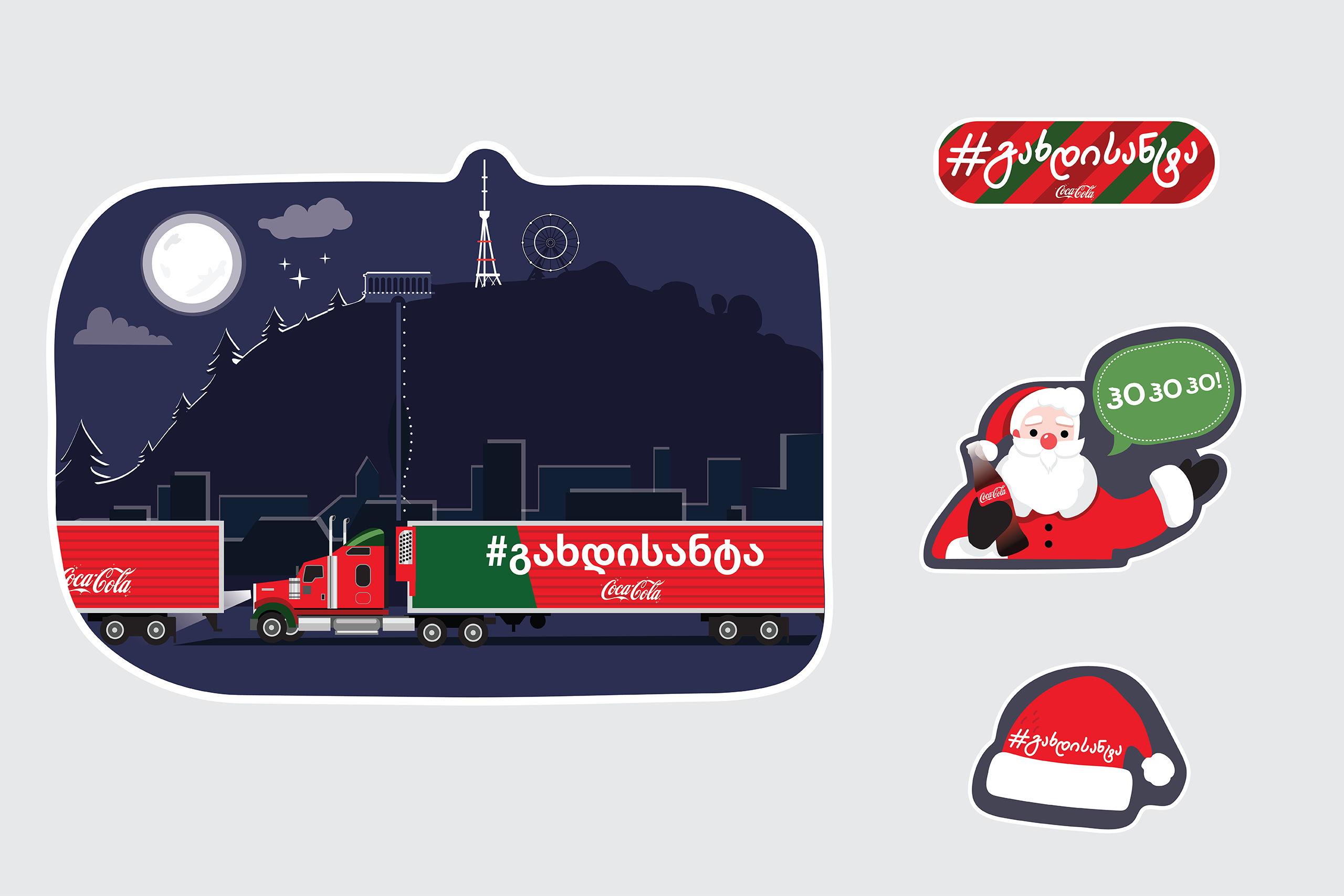 Christmas time would feel like a big boredom if there were no Coca-Cola ads. Just like in the whole world, Coca-Cola advertisements are adored in Georgia too.

On Christmas of 2018, UM team worked on creating the first ever Georgian Viber sticker pack specially for Coca-Cola’s Georgian audience, in order to make them feel appreciated and valued.

Campaign period was December’2018 – February’2019. By the end of the campaign, there was 65000 pack installations and overall, 645000 CC stickers have been sent within this time. The results give us the courage to say that the stickers went viral throughout the country.